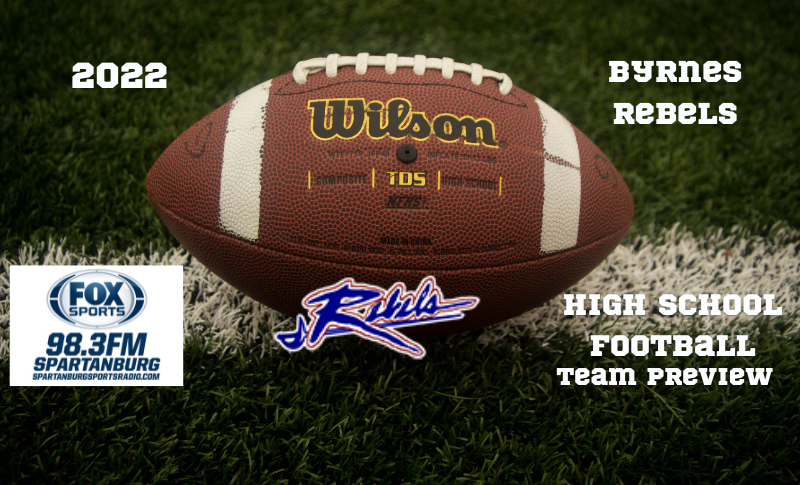 The Byrnes Rebels finished last year at 6-6 overall and 3-1 in region play which was good enough for the second seed in the 5A State Playoffs. The Rebels would lose in the opening round of the playoffs to an excellent Northwestern team by a final score of 42-3.

The Rebels will look to build off their season last year and will look to make a deeper playoff run. Byrnes will be replacing Gabe Rogers at the quarterback position, Rogers started the last couple of seasons for the Rebels and he put up some impressive numbers. Replacing Rogers will be no simple task, but the Rebels will turn to Reggie Shaw’s son Colby Shaw the 6 foot 4 inch Senior to command the huddle.

Another returning player for the Rebels is their senior Running Back Mack Long, Long suffered a serious injury last year that caused him to miss a lot of time in his junior season. But what we know about him from his sophomore year is that this guy is explosive and dangerous when the ball is in his hands. I expect Long to be a focal point in the offense and put up huge numbers this season.

Another Weapon that Shaw will have is his senior Wideout Kyai Cook, Cook is a big wideout at 6 feet tall and is capable of going up and getting the football. Cook had 25 catches last year for 571 yards and 7 touchdowns, I believe his numbers will increase this year and he will have a strong season for the Rebels.

The Rebels open their region schedule against Spartanburg on September 30th, that should be a fun one! the rest of the region’s opponents are Boiling Springs on October 7th, Dorman on October 14th, and the defending 5A state Champs the Gaffney Indians on October 28th.

I believe Byrnes will once again be in the playoffs and I see their record being 6-4 or 5-5.