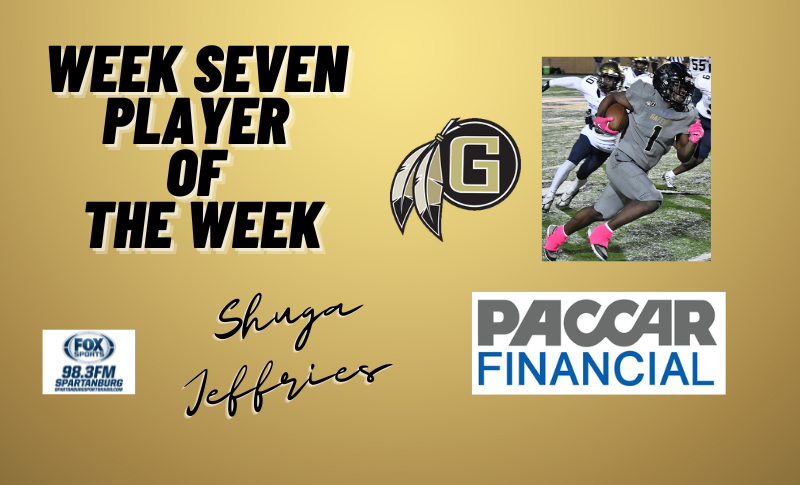 A couple of weeks ago we did not know if Shuga Jeffries would play football at Gaffney ever again after sustaining a gruesome injury during the week zero loss to South Pointe.

Jeffries made his return to the gridiron on Friday night and helped lead the Gaffney Indians to a 26-20 overtime victory over the Spartanburg Vikings.  His performance Friday Night earns him Fox Sports Spartanburg Player of the Week honors for week seven.

Jeffries caught six passes for 118 yards and two touchdowns in the win that lifted Gaffney to a 1-0 region start.  He also had a big kick return in the special teams game that helped set up the Indian offense.