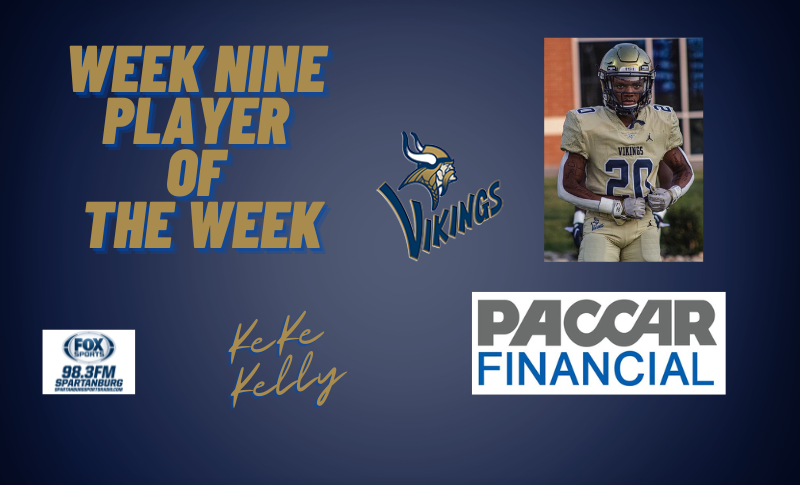 Week nine started off with a bang for the Spartanburg Vikings, when Freshman running back KeKe Kelly returned the opening kickoff of the game against Boiling Springs 97 yards for a touch down.

The fantastic freshman wasn’t done with just that, he also had a 74 yard touchdown run in route to having 90 yards of rushing on just four carries as well as two catches for 34 yards and another touchdown.

All in all Kelly ended up with three touchdowns as Spartanburg routed Boiling Springs 56-14 in week 9.  With that great performance KeKe Kelly is our Fox Sports Spartanburg player of the week for week 9.

The Vikings are now 5-4 on the season and 2-1 in region play with the regular season finale with Dorman on tap.

The winner of this game will earn the two see one region two and host a home playoff game. The loser will get the three seed and will be on the road for the first round of the playoffs next week.

Congratulations to the Vikings on the win and to KeKe Kelly for being the week 9 Fox Sports Spartanburg Player of the Week.