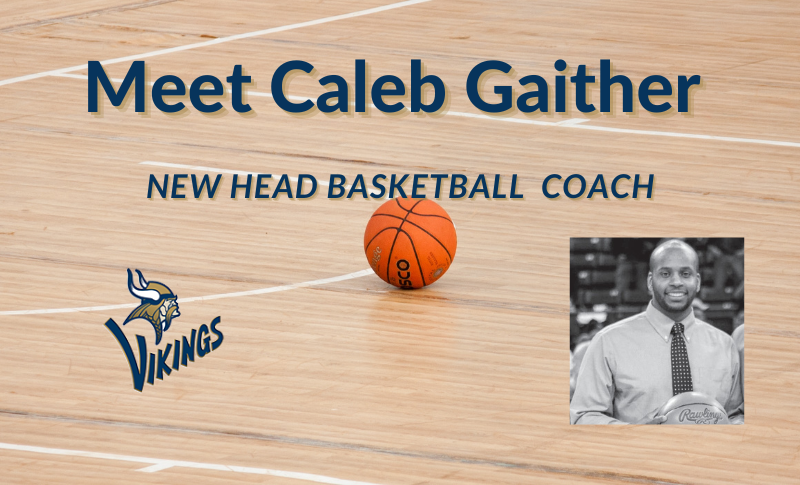 Lowe has been retired since 2010, but the new face you’ll see roaming the sideline in Viking Arena this season remembers him all too well and aspires to bring Spartanburg basketball back to that level of success as well as up the overall perception of the program to a level greater than it was back then.

Back in April, Caleb Gaither was announced as the new head coach of the Vikings after previous coach Fred Ford resigned, marking the beginning of the new era for Spartanburg High School Basketball.

He was drawn to Spartanburg by a little of everything, ranging from the school administration, the incredible facilities and resources at the new school, the talent pool, and the great tradition.

But, prior to maing the move here, Gaither was previously the Head Coach at Northwestern, where he had received region 4-5A Coach of the Year Honors, compiling a 19-7 record and making it to the 2nd round of the playoffs before they were eliminated by Dorman. Prior to his year at Northwestern, Gaither coached at Lower Richland, where he made the playoffs consistently and won the 4A state title in 2017 (which was his first season as a head coach).

Caleb comes from an athletic and coaching background, being the son of a coach, but has always been significantly influenced by his mother, father, and brother. Many of the lessons he learned from his father, who he looked up to, still come through in his philosophy and pedagogy as a coach today.

He is a native of Lancaster, SC and played football, basketball, and baseball from childhood all the way through high school, where he played for the Lancaster Bruins. After graduating high school, he went on to attend Winthrop University, where with the realization he felt called to coaching, he majored in exercise science.

Gaither believes in 2 fundamental things that he bases his coaching on– playing with maximum effort and developing character.

“My philosophy is to always play as hard as you can, and {in doing so} letting the chips fall where they may. True Character is revealed through adversity. I want players to gain life lessons along with camaraderie while they have fun on and off the basketball court.”

That may sound like “coach speak” to you, but it really is not. His message is clear. If each individual gives their best effort and leaves it all on the court, the wins will come naturally. But even if you lose, the life lessons you learn from the tough experiences and the sense of community/brotherhood/family that you develop with your teammates will help make you a better person on and off the court. Or, as Spartanburg Head Football Coach Mark Hodge puts it, “Iron Sharpens Iron” ( a reference to the verse “As Iron sharpens iron, one man sharpens another” – Proverbs 27:17).

Caleb is beyond excited to get started amd says that he’s most looking forward to seeing his guys mature mentally while developing their overall game. He expects big things this season. If his pedigree as a winner is any indication, we all should expect to see big things out of the Vikings this season and beyond.