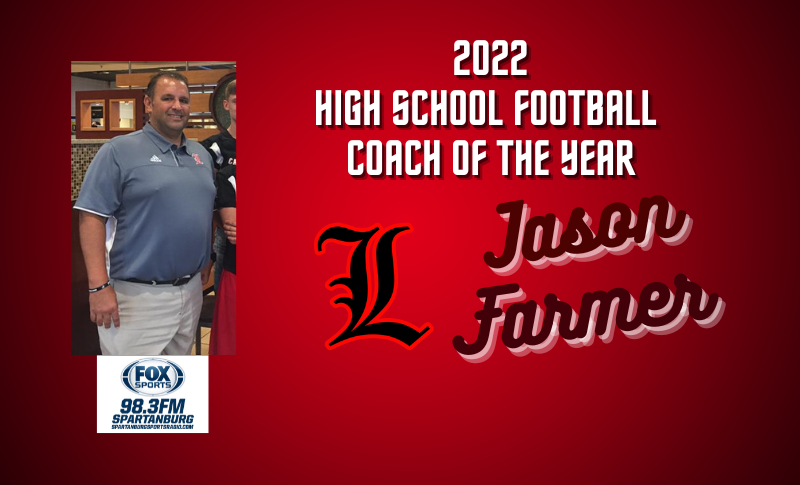 Jason Farmer has been coaching for more than 30 years. He has served on some great staffs with some great coaches, like the legendary Doc Davis at Spartanburg.  He has been the head coach at Landrum for the last nine seasons.

Durning his tenure at Landrum the school has been shuffled around between classifications and regions.  Coaching at a small school like Landrum can be a challenge for sure. Having small numbers with many kids playing both ways, and some three ways, it can be a very hard job.

Coach Jason Farmer has had his challenges as do many coaches.  Having to evolve his schemes to fit his limited number of personnel.  But, each year the Landrum Cardinals start the season with three goals: 1. Have a winning record, 2. Make the Playoffs, 3. Host a home playoff game.

Those three goals can be hard to accomplish at Landrum, a school that his seen very limited football success over the years. This season however, the Cardinals, under the leadership of Farmer accomplished all three of their preseason goals.

Losing only one region game in 2022, to eventual state champ Abbeville, the Cardinals shutout Chesnee for the first time in school history in route to a 4-1 region record and a home playoff game to open the 2022 playoffs.

Farmer put his players in the position to succeed. Farmers offense put Landrum in a position to compete despite their limited numbers.  Some folks call it outdated, but I call it successful.

Coach Jason Farmer embodies all that is good about high school football. After the season Farmer announced he is stepping down as the head coach at Landrum to pursue other coaching opportunities. Hopefully he isn’t going to go to far because this county is lucky to have a coach and a person like Jason Farmer, who not only develops good football players but good men off the field.

Thank You Coach Farmer for your leadership both on and off the field. Congratulations on the great season and we wish you the best of luck in future endeavors.