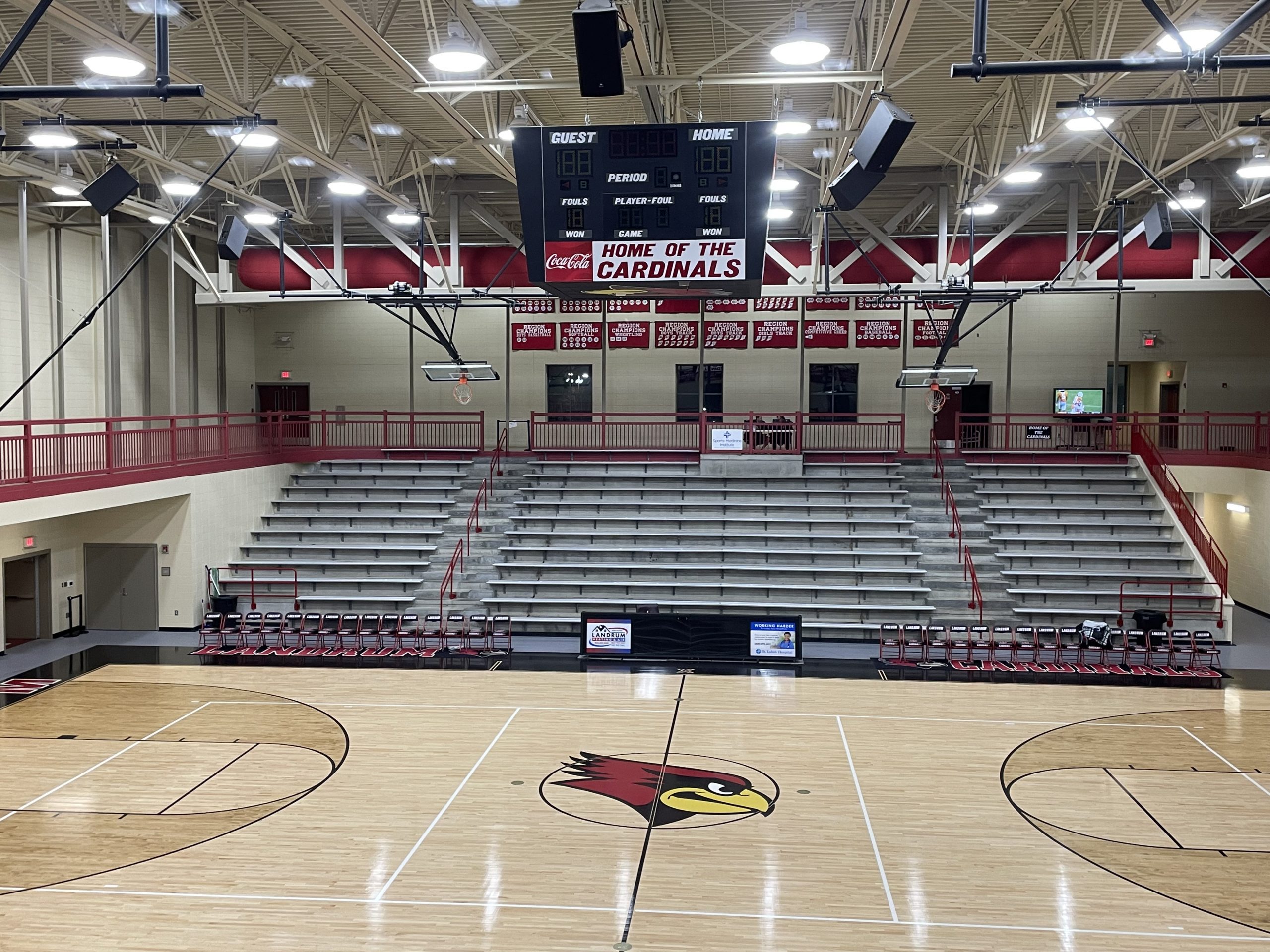 Battle at The Border Round 3

The 23rd annual Battle at the Border concluded Friday with a bevy of 3rd place and championship games. Here’s a brief recap of the tournament championship games and what I was able to catch of the silver bracket.

The Shannon Forest Crusaders had dominated their way through to the championship game by using their wealth of speed and size to force turnovers, get the opposition caught in transition, and score quick baskets in bunches. They beat Woodruff 73-47 and Blue Ridge 78-59 to set up a date with the host Landrum Cardinals for all the marbles.

For Landrum, the road had a couple of speed bumps. The Cardinals fought tooth and nail to pull out a 68-64 win over their cross-district rival Chapman. The Cards followed that up by dominating a very good Spartanburg Christian Academy team 84-48.

The thing that sets both Landrum and Shannon Forest apart is that they both have speed and the ability to hurt their opposition in the paint. This matchup had fun finale that comes down to who gets hot at the right time written all over it.

Landrum, in typical style, jumped out to the quick 4-0 lead, scoring on layups on their first 2 possessions from Bennett Edwards and Mario Gonzalez. Shannon Forest eventually got going behind Nolan Paladugu and Brandon Wilkins. They combined for 7 points in the first quarter, and at the end of 1, Landrum led 13-10.

The duo of Paladugu and Wilkins struck again in the 2nd stanza, carrying the Crusaders with 11 combined points – all 11 that Shannon Forest scored in the frame. Marco Gonzalez and Franklin Davis tallied 11 to help Landrum hold a narrow 1 point advantage at the half.

Like I mentioned earlier, this game was always going to be decided by who got the hottest at the right time. For the first minute and a half of the 3rd period, that looked like it was going to be the Cardinals. Franklin Davis came out of the gate with 7 points to help push the lead to 8. Until Brandon Wilkins took over. Shannon Forest’s Senior Guard was the one that got hottest at the right time, as he ended the game on an absolute tear. He scored 12 in the 3rd and 7 more in the 4th. Paladugu also added 9 second half points.

In the end, Landrum was able to pull it back as close as 4 points, but just could not complete the comeback, and the Crusaders claimed the tournament championship 64-59.

Landrum was led by Franklin Davis with 23 points. Mario Gonzalez tallied 19, while the next closest Cardinal was Bennett Edwards with 8.

Shannon Forest was led by the championship game MVP Brandon Wilkins, who scored 28. Paladugu tallied 18. No other Crusader came close to double digits.

The Blue Ridge Lady Tigers have had an impressive run to the tournament championship game. They beat two 5A opponents – Boiling Springs and Carolina Forest – convincingly. They are not just a good story for that alone. For all the talk about Broome having a dynamic duo of brothers, Blue Ridge also has a shining sibling 1-2- punch. Sophomore Guard Anyah (pronounced A-nye-ah) Henderson and Junior Guard Zikira Henderson were a big part of their success in this tournament run.

As good as they are, Blue Ridge still had their work cut out for them. Southside is undefeated, and they are for a reason. They score. A lot. (Thanks Captain Obvious..)

To beat Southside, it is similar to beating the Broome boys. You have to contain Brady Poole to have a shot at the Centurions. To have a punchers’ chance against the Southside Lady Tigers, you have to stop Senior Forward/Center Kamari Thompson. Unfortunately, Blue Ridge could only do so for a quarter. Thompson led all Southside scorers by tallying 20 points over the final 3 quarters (she had 22 total). In the end, that was all Southside needed as they cruised to win the Girls’ Battle at the Border 58-27 and improve to 14-0.

Anyah Henderson was the only Blue Ridge player to score in double figures with 15 points. Her sister was the next closest with 7.

In one of the sloppiest games I have seen as far as offense and not fouling goes, the Broome Centurions came out on top 47-37 to defeat the Woodruff Wolverines for the Silver Bracket title.

This game did not get off to an ideal start at all for Woodruff. It took them 4 minutes to finally crack the goose egg and get on the scoreboard. Captain Obviousing a bit.. That won’t help you much. Especially when you fail to do one of the keys to beating this Broome team – limiting Brady Poole. In the half a quarter it took for the Wolverines to find the hoop, Brady accrued 7 points. At the end of the first, the Centurions led 15-8.

In the 2nd quarter, both teams struggled, Woodruff managed to get a lot of turnovers. But every time they managed to get a possession, they came up empty for the better part of 6:00. Broome also struggled as the Wolverines did manage to start containing Brady Poole. Poole scored just 9 points in the last 3 quarters to finish with 16. Anyway, going back to the 2nd quarter, both squads struggled to shoot. Brome finally broke the scoreless streak with 1:20 to play in the half on a Brady Poole layup. At the half, the Centurions led 20-18.

The 2nd half was mostly a back and forth affair that came down to the battle at the stripe in the final minute. Broome kept getting into unnecessary foul trouble up 10. Woodruff failed to capitalize on most of their freethrow chances, while Broome hit on 7 of 8 in the 4th quarter to seal the win.

Aside from Brady, Broome was led by Xavier Hill with 13 points and Coyie Poole with 9.

Woodruff was led by Nick McConnell with 13 points. He  was the only one in double figures.

I was unable to catch the 3rd place and the girls’ silver bracket championship, but I do have the scores and overall placements.

Battle at the Border Round 2
Blacksburg Beats Chesnee