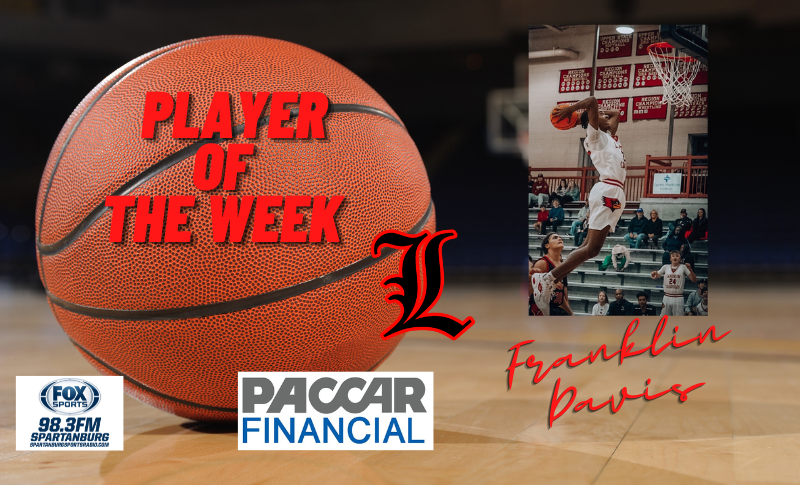 Player of the Week-Franklin Davis

The Landrum Cardinals had another great week last week as they continued their winning ways and took over sole possession of first place in region 1 2A.

The Cardinals got wins over Greer Middle College and Greenville Tech Charter last week.  In both of those games Landrum’s Franklin Davis had big nights and is out Fox Sports Spartanburg Player of the Week.

In the win over Greer Middle College Davis had 29 points, 7 rebounds and 5 steals.  While in the game versus Greenville Tech Charter he had 16 points, 11 rebounds, 6 assists and 6 blocks.

The Cardinals are now 18-3 overall and sit alone in first place in their region with a 5-0 record.