Ryan Clary is entering in his 4th year as a co-host of Open Mic Daily. He is set to begin his 8th season as the voice of the Spartanburg Vikings and is also the voice of PC Sports. Clary, who has lived in Spartanburg since 2008, hails originally from Columbia SC and graduated with degree in broadcast journalism. He is a fan of Duke basketball, the Green Bay Packers, the Braves, Manchester United, and Team Captain America…but is open for discussion. 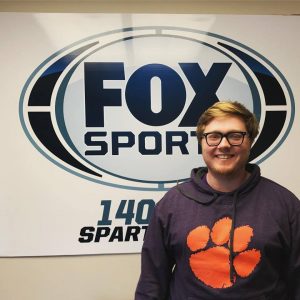 Anthony Greer, is our resident Clemson fan who is tasked with going back and forth with Clary. Anthony was born here in Spartanburg and attended Boiling Springs High School